The butterfly knives are a weapon used primarily by martial artists of southern China. The blade length of the weapon is equal to the fist and the forearm, and a guard is fixed to its hilt to protect the hand. The special length of the blade is designed to allow for better maneuvering. For instance, if the blade is longer than the length of the fist and the arm, it could not be able to be rotated inside the arms. However, the shape of the butterfly knife and the way of its use differs in northern China.

With the northern Chinese butterfly knife, the footwork of the user in kicking is stressed; but the butterfly swords in southern China are used chiefly in close-quarter fighting because of their short length, with emphasis placed on precision and the coordination of both swords at the same time. One modern adept of hung gar style, Wong Fei Hung, was especially noted for his skill with this weapon. 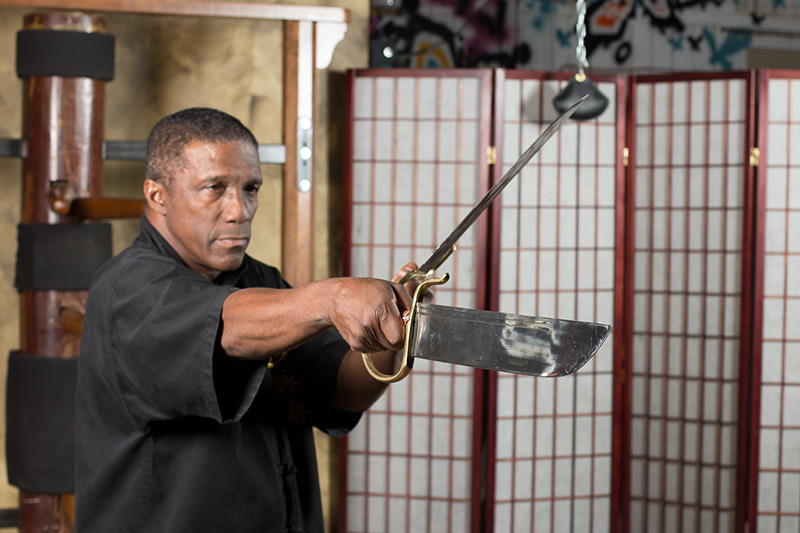 They frequently carried sums of money donated by their worshipers. Often they would be met by bandits who intended to rob them. The monks were prepared for this, and they were equipped with butterfly swords hidden in the side of their boots. When they were confronted by the bandits, they would pull out the knives to defend themselves. Since their religion did not allow them to slaughter anyone, their initial target was to maim their opponents on the wrists, knees and ankles. In the Ching Dynasty (A.D. 1644-1911), China was ruled by the Manchu invaders. It was a time when 90 percent of the Chinese, the Hons, were ruled by the ten percent minority, the Manchus.

When all weapons were outlawed by the Manchu Government, the Manchus gained full control of China. They enforced many unjust laws on the Hons. For instance, all the female Hon infants were made to bind their feet so that when they grew up they would be restricted in their movement and they would have to be dependent upon their parents or their husband. They restricted the work opportunity of the Hons. The Hons were unable to hold office in the government higher than a certain level. They placed heavy tax burdens on the country so that they could have complete economic control of the Hon people. Kung Fu training was also banned for the Hon people. 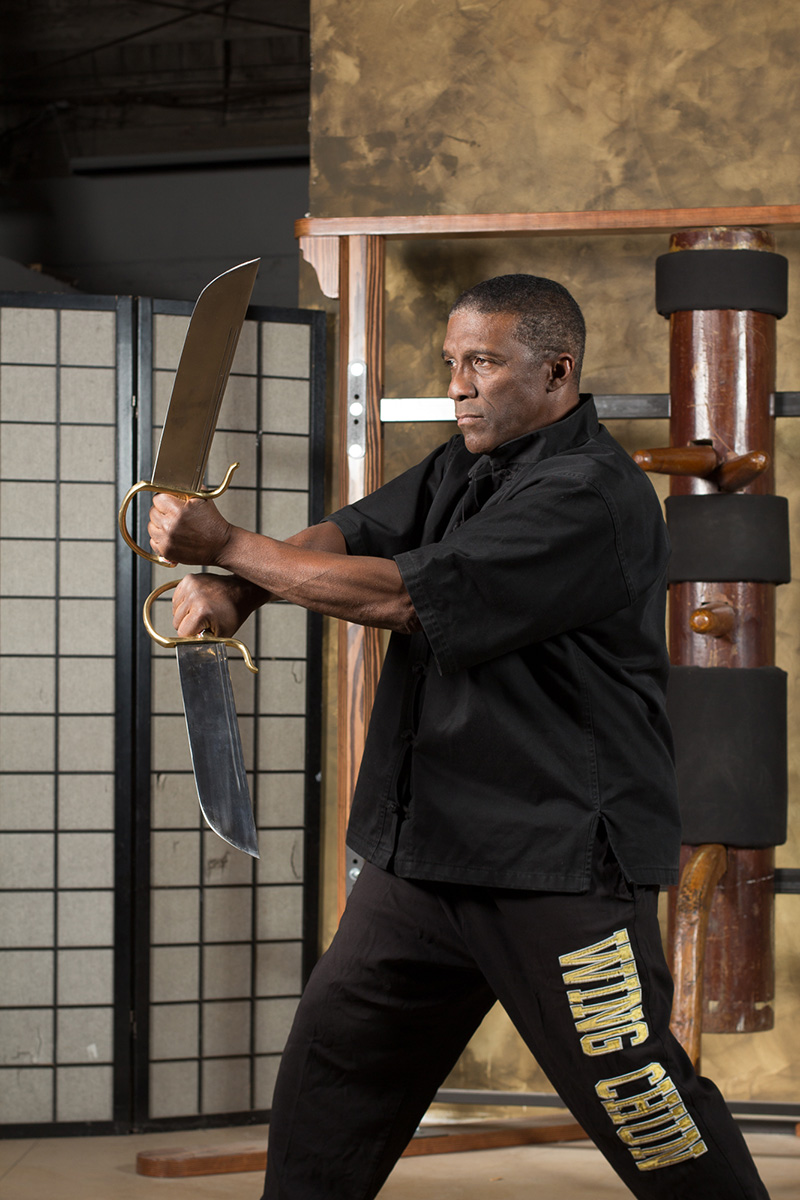 However, the Manchu Government adopted the Hon culture. They respected the Shaolin Temple as a Buddhist sanctuary. The Hons began training a revolutionary army in the art of Kung Fu, using the Shaolin temple as the secret training place. In the traditional Shaolin system it would take 15 to 20 years to train a Kung fu master. The need to develop a new and more effective style of Kung Fu became critical when some of the existing Kung F masters surrendered to work for the Manchu Government.

Five of the Shaolin grandmasters planned to develop a new form, one which would have a shorter training time and would be more effective than all the other systems developed before. The five teachers met to discuss the merits of each of their particular systems of Kung Fu and chose the most efficient training method from each system. They developed the principle and the training program of Wing Chun that would take only five years to master. They called this system Wing Chun, its name meaning "hope for the future." However, before this new system could be put into practice, the Shaolin temple was raided and burned by the Manchus. Ng Mui, a nun, was the only survivor of the original group of five. She passed her knowledge onto a young orphan girl whom she named Wing Chun.

Along with the development of the Wing Chun system, the butterfly sword (Baat Jaam Do), was chosen as the only weapon in the Wing Chun system because the length of the Baat Jaam Do made it easy to conceal. It could be used as a extension of the arms, and they were the most deadly and effective weapons of all. This was because the Baat Jaam Do system emphasized the training of coordinating the two knives, the training of the eyes, wrist and footwork. The principle was based on the fact that every defense was accompanied by a counter attack, and every attack was accompanied by a trapping, parrying or immobilizing move of the other sword. Plus, it was designed to use the ingenuity of the Wing Chun footwork to its fullest extent, making it the champion of all weapons.