Yin and Yang are two Chinese words to explain the duality of the universe. Yin, meaning moon, soft, dark, yielding, etc. Yang, meaning sun, hard, light, overpowering, etc. Some say that yin and yang or opposites but they cannot exist without each other. They are both interdependent, and conflicting. The relationships between yin and yang are used in traditional Chinese medicine to explain the physiology and pathology of the human body. Yin and yang are also used as a guide in diagnosis and treatment of patients.

Each of the five elements has a relationship the internal organs. (The pericardium is the membrane that surrounds the heart and is not considered an organ in western medicine. The triple heater or san jiao is also not an organ, but a function. 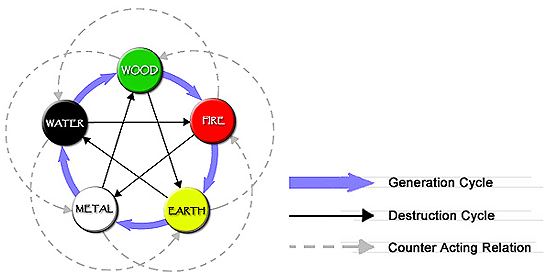