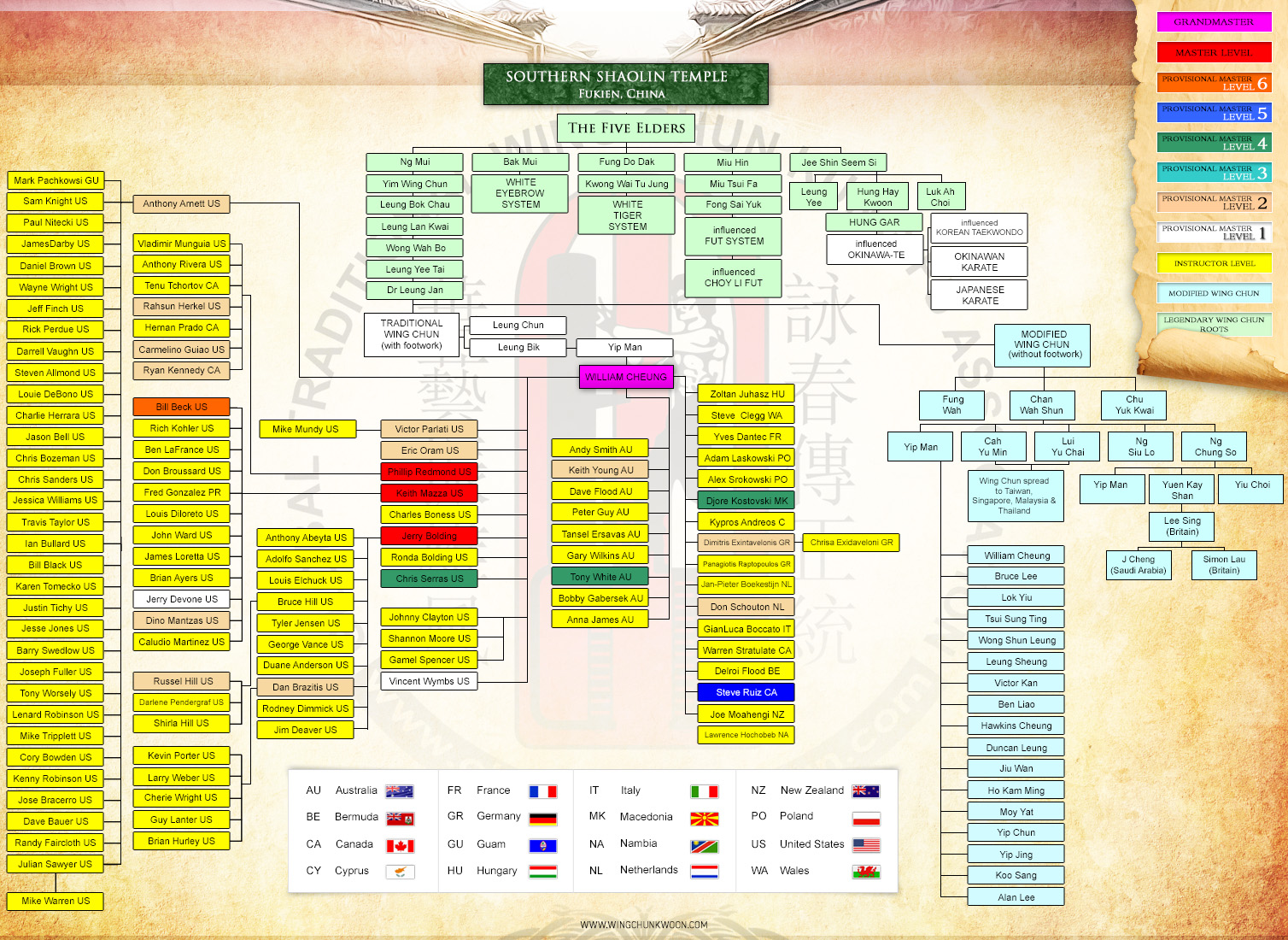 Master Keith Mazza has been training in the martial arts for over 30 years, specializing in Traditional Wing Chun Kung Fu. A three-time Hall of Fame inductee, Mazza was hand-picked by Grandmaster William Cheung to train and serve as the North American Liason for the World Wing Chun Kung Fu Association. Aside from expertly training students in the art, he uses his talents to implement Grandmaster Cheung's Stress Management and Pro-Tekt Rape Awareness & Prevention programs into government institutions and corporate facilities. He designs and institutes training programs for military and law enforcement personnel, the physically and mentally challenged, and the elderly in surrounding South New Jersey medical facilities. In addition, Master Mazza collaborates with the Board of Education to aid students, from primary school to college levels, cope with day to day pressures with the implementation of stress/anger management and self-defense programs. Through this type of dedication to the art and exceptional fighting expertise, Master Keith Mazza honorably became Grandmaster Cheung's first Closed Door Student in 2006.

Master Phillip Redmond was assisting Sifu Alan Lamb in NYC where he first met Sifu Anthony Rivera. Sifu Lamb eventually moved to California so Redmond started searching for another Wing Chun Sifu. In 1983, he found out that Grandmaster William Cheung was conducting a seminar in Los Angeles. Master Redmond met Anthony Rivera again at that seminar. They were surprised to see each other again and have been great friends and Kung Fu brothers ever since. When he left Connecticut, Sifu Rivera continued teaching the Yale University Wing Chun Club. The Yale club in New Haven, CT has been going strong since 1989.

Provisional Master Guiao started his martial arts training at the age of 14 with Tang Soo Do, a Korean kicking and punching art. After two years of study he continued to practice free style sparring with friends. Though he had no official teacher, he continued to practice what he had learned in Tang Soo Do. Sifu Guiao attended the University of Michigan (Ann Arbor). He graduated in 1994 from the University of Michigan-College of Engineering with a B.S.M.E.(Bachelors of Science in Mechanical Engineering) degree. In 1996, initially Sifu Guiao was looking for a stick-fighting instructor so that he could learn an art that pertained to his cultural background. However by accident through a friend, Sifu Guiao met Sifu Redmond. After watching the class and the intensity of the training, he promptly decided to learn Wing Chun and became Sifu Redmond's student. Initial classes were held in a rented space in the large back room of a popular martial arts supply store in a small town outside of Detroit. Due to the store owner's lease not being renewed, Sifu Redmond had to relocate his classes to Detroit's inner city. Many students decided to give up their training, because of Detroit's rough reputation. Of all the students that were present, only Sifu Guiao and Ryan Stanford were willing to continue their training in Wing Chun. On June 3, 2000 Carmelino Guiao had the honor of being the first person to take and pass his sifu test at the famed Ving Tsun (Wing Chun) Museum in Dayton, Ohio. The test was administered by Grandmaster William Cheung during a seminar held at the museum. Present at his testing were Sifu John Clayton, Sifu Keith Mazza, and Sifu Benny Meng. Sifu Carmelino Guiao is currently the Sifu (instructor) of Traditional Wing Chun at the Michigan Wing Chun Academy.

Provisional Master Ryan Kennedy began training in Traditional Wing Chun in 1994 at the age of eighteen after trying one of Sifu Sean O'Neils classes. Ryan felt that the system was unique and he began training the next day. After several years of training, he became an apprentice at Sifu O'Neils School in downtown Toronto and began to help teaching classes. Sifu Ryan also became certified as a Personal Trainer and continues to work with a broad spectrum of people and groups in that field. In 2002 after the closing of the Original Wing Chun School in Toronto, he continued to teach classes and eventually opened a New Wing Chun Academy in midtown Toronto. Sifu Kennedy is a co-founder of the Fighting Arts Collective of Toronto (F.A.C.T.) with an eclectic collection of local martial artists from various styles including Wing Chun, J.K.D. and Academy of European Medieval Martial Arts (A.E.M.M.A.). FACT proceeded to open a unique facility dedicated to the practice of martial arts. Along with his continuous training with his sifu, Master Phillip Redmond, he travels extensively to meet and train with other Traditional Wing Chun instructors in the United States such as Master Keith Mazza. In Spring 2007, Sifu Ryan went to Australia to train with Grandmaster Cheung and proudly served as the resident instructor for the World Headquarters in Melbourne. He worked to promote unity within the association alongside Sifu Keith Young, as well as foster the duties as the first instructor of Grandmaster's personal exercise system, ISO-CHI. He brings this experience to Toronto, where he continues to teach. www.torontowingchun.com 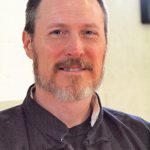 Sifu Robert Vahovick was born in the Detroit area and learned to fight boxing style from his father.  Later, he pursued the martial arts, discovering the Kung Fu lineage that made Bruce Lee famous. It was Wing Chun Gung Fu, as taught by Grandmaster William Cheung. William Cheung was best friend to Bruce Lee, and brought Bruce to his teacher (Yip Man) to  learn Gung Fu. As Senior student to Bruce, William was charged with teaching and guiding Bruce along his way in Wing Chun. Bruce went on to pursue his acting career utilizing this system, while William became Grandmaster of Wing Chun. Sifu Robert received his training from Master/Sifu Phillip Redmond becoming one of his top students.  After four years of intensive training, and many one-on-one private lessons and seminars with Grandmaster William Cheung, he achieved his rank with honors and decided to open his own Wing Chun club in Battle Creek. http://www.traditionalwingchunclub.com/ 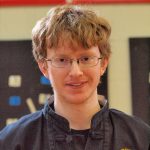 Sifus John and Nick Carlin have both been studying the martial arts for 17 years.  By working with and correcting each other, they have been able to improve their practice more effectively.  John recently graduated for Oakland University with a bachelors of science degree in biochemistry.  Nick is a senior at Oakland and is studying Pre-Med.

Their martial arts career began in February of 1996 learning the Korean art of Tang Soo Do. They studied the Chinese art of Wushu under Robert Brown at the School of Chinese Martial Arts. They continued to practice their Tang Soo Do skills and compete in open tournaments. In October of 2001, they left the program and decided to return to their original style and get a black belt. In January of 2002,  John and Nick attained their black belts in Tang Soo Do on October 16, 2004. They continued to practice, assisted their instructor in teaching classes, and completed Bo, Kama, and Sai weapons training programs. They were introduced to Wing Chun Kung Fu through a seminar given by Master Phillip Redmond.  They found it interesting and began studying Traditional Wing Chun Kung Fu from Master Redmond in November of 2004. They cross-trained in Wing Chun and Tang Soo Do until January of 2006. Sifu Redmond moved to the Renaissance Fencing Club and, later in 2006, left to train in New Jersey leaving his student Sifu Carmelino Guiao to instruct his students. On August 28, 2009, with the assistance of Sifu Carmelino, John and Nick were promoted to Sifus by Master Redmond. They are currently training with Sifu Car at the Michigan Wing Chun Academy. 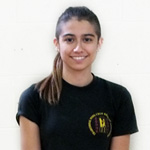 Sifu Elektra Taylor began studying martial arts in March 2001, starting with Kenpo under Gary Williams in Troy, Michigan. In October 2005, Elektra attained her 1st Dan Black Belt. Shortly thereafter, she decided she wanted to study Kung Fu and, with the help of her parents, found Master Redmond and began Wing Chun January 2006. After Master Redmond moved to New Jersey, Elektra continued her studies under Sifu Guiao. In May 2012, Elektra was tested by Master Redmond and promoted to Sifu, which made her, at the age of 16, one of the youngest instructors in the Association at that time.